The Twentieth Annual Kelser Charity Challenge golf tournament boasted another record-breaking year of charitable support and fundraising for the American Lung Association of the Northeast.

The event again had a nearly sold-out field of golfers that took to the course at Indian Hills Country Club on a beautiful Indian Summer day. Customers, partners, friends, and employees launched shot after shot into the end-of-summer heat competing for prizes including long drive men and women, closest to pin, closest to the line and for first, second, and third place gross and net scores. In addition to the players, many Kelser employees and partner volunteers donated their time and efforts to ensure that the twentieth anniversary of Kelser’s flagship fundraising event went off without a hitch.

Though golf is the main attraction, participants also enjoyed catered lunch before the start as well as a fabulous reception after they returned to the clubhouse. Dinner, dessert, cocktails, a silent auction, a prize drawing and 50/50 raffle all served to close the evening on a fundraising high note for another record-breaking event.

Although the final numbers aren’t yet in, the total funds raised are likely to eclipse $25,000. Both Kelser and the American Lung Association are thrilled and proud for what this will mean for the continued fight against lung disease.

Update: The final numbers from this record-breaking year are in. Read the press release here.

See more of the Kelser Foundation’s activities and find out how to get involved here. 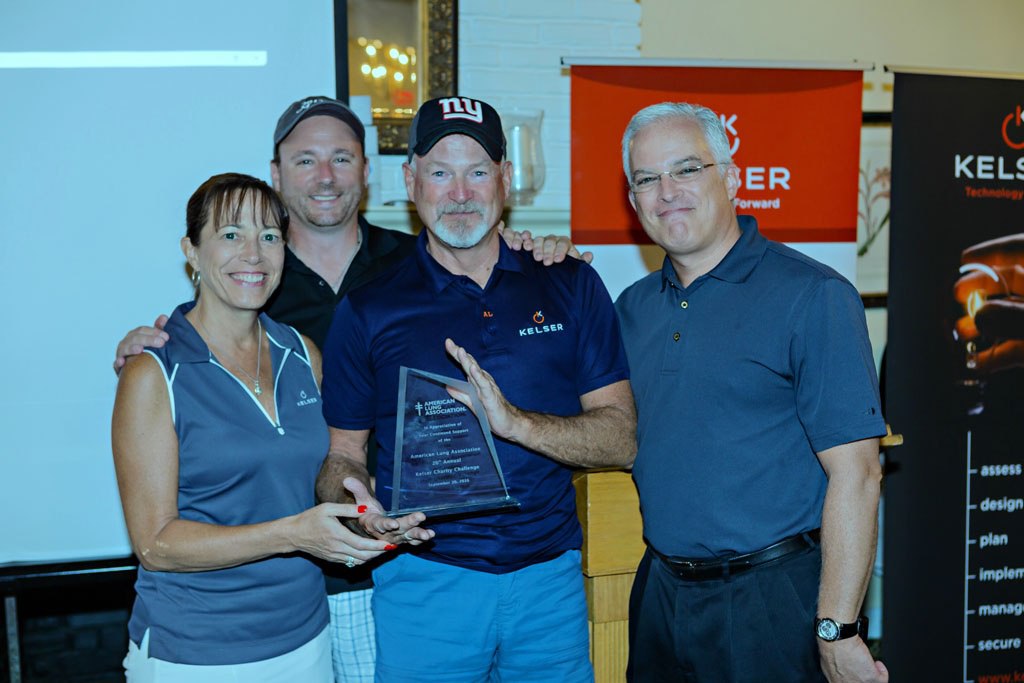