Last week, the FCC voted to end Net Neutrality. Kelser's Matt Kozloski was invited on Fox61 to talk about this issue. Since it's a lot to fit into a four-minute segment, we thought we'd offer some additional thoughts here.

What is net neutrality and what does the FCC vote do?

On Fox61, Matt described net neutrality as a regulation to prevent regulation. Net Neutrality ensures that all websites and apps are given the same speed by internet service providers (ISPs). The FCC vote now makes it so that ISPs can have different speeds for various websites. This enables them to favor their partners and give other sites slower speeds.

It is imperative that all internet traffic be treated equally, without discrimination against content or type of traffic — that’s the how the internet was built and what has made it one of the greatest inventions of all time.

How does this affect innovation?

It stifles it. A lot of discussion of net neutrality is centered around internet giants such as Netflix and how its traffic will be regulated. Ultimately, Netflix will be fine - it will strike a deal with Comcast, Verizon, and Frontier to keep “Orange is the New Black” flowing in high definition (though they may pass the cost increase on to consumers).

However, the vote potentially kills the next Netflix. Small startups won’t be able to make deals with ISPs to get the speed they need to deliver their products and grow their businesses. Meanwhile, every other country in the world other than us, China, and a couple of others will continue enjoying unfettered internet - and the competitive advantage it provides.

Both sides of the net neutrality issue claim they are on the side of innovation. However, Matt said he is unaware of any actual argument in favor of the FCC vote based on innovation - it just seems like lip service to him. 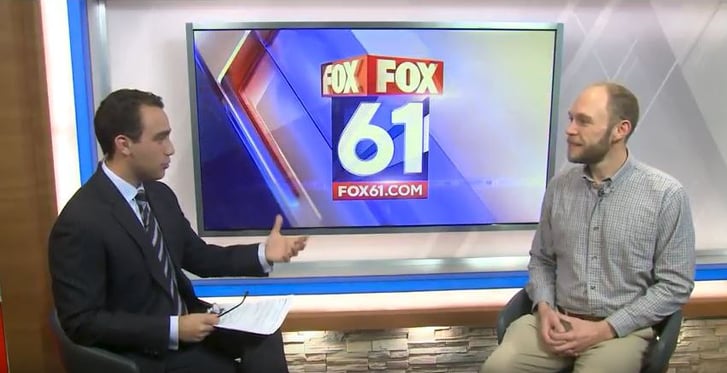 I’m not running a tech company, so why should I care?

The FCC’s decision potentially negatively impacts all businesses of all sizes. How it will affect your business depends on how you use the internet. On Fox61, Matt used the example of a design firm using a file sharing platform to move big files between team members.

Let’s say they use DropBox, but in this new non-neutral internet reality, their ISP has a deal with Hightail, a competitor of DropBox. Suddenly, the upload and download speeds on DropBox are painfully slow.

Here are some additional hypothetical examples of businesses and crucial applications they use that could be relegated to the internet slow lane if the ISP so chooses:

Think of any online tool your business uses and know that the speed of it could be affected by this decision. In addition to these specific examples, virtually all businesses use email. If you use a hosted Email service like Gmail or Office 365 Hosted Exchange, for instance, your ISP may charge you a premium to use those services instead of their own, leaving you waiting for your email to load all day.

Another very common example would be YouTube, which many companies use for training these days. What if there was suddenly a premium charge for YouTube, or the videos loaded too slowly for your employees to complete training modules?

YouTube is also a revenue stream for companies and content producers who make money on ads on their channel. This entire market of content could effectively be eliminated by ISPs anytime they choose.

We are just beginning to understand how easily humans are manipulated by content. Do we really want a handful of famously greedy corporations in charge of that?

Since there are usually very few options for different ISPs available at any given physical address, we are all now quite literally at the mercy of a few companies to dictate how we use the internet to do business.

On Fox61, the question came up of what changes people can expect to see immediately. While it is highly disconcerting that Comcast removed their pledge not to tamper with traffic speed the day the FCC vote passed, the fact is nothing will change this week because Congress can still overturn the FCC vote.

As Matt mentioned at the end of the interview on Fox61, he simply can’t see any good argument for why getting rid of net neutrality benefits anyone other than ISPs. The public agrees with him - 83 percent of Americans support net neutrality. In a divided country, it’s nice that we can agree on something. Matt hopes that Congress will represent the will of the people.

CMMC: What You Need to Know

If you’re a supplier or manufacturer that relies on business with the Department of Defense (DoD) and the contracts they offer, you will need to...

A version of the following article ran in the August 10 edition of the Hartford Business Journal under the headline "What part of your pandemic...