TC on the Radio: Kelser in the Media at the 2019 Travelers Championship

Networking | In the Media | News | Foundation

The Travelers Championship is always one of my favorite weeks of the year, and despite quite a bit of rain and mud early in the tournament, this year did not disappoint.

Kelser Corporation has been a sponsor of the Travelers Championship since 1992 because it’s truly a unique phenomenon in Connecticut. You never know who you’ll run into at the tournament—it seems like everyone in the state stops in for at least one day—and I love seeing how so many different organizations come together to bring world-class golf to our backyard, while raising nearly $2 million for charity.

In addition to sponsoring the tournament, Kelser has been the IT provider for the Travelers Championship since 1995. In fact, when we started, there was no IT for the tournament—our team aided in the transition to a full-time tournament staff and set up the first computers on the course to run the tournament. It’s been an honor to grow with this event, and it’s a blast to pull off a project like this every year. Setting up a large office IT environment is second nature to us, but doing it in temporary structures in a grass field with the biggest sporting event in the region depending on us is a unique and thrilling challenge.

This year, Kelser representatives did three radio interviews in three days at the tournament. As the celebrity pro-am teed off on Wednesday, Kelser CTO Jonathan Stone returned to the Brad Davis Show on WDRC The Talk of Connecticut to discuss Kelser’s role in the Travelers Championship.

On Thursday, as tournament play got under way, Kelser Marketing Manager Lisa Carroll sat down with Renee DiNino of The River 105.9 for an iHeartCommunities segment about the Kelser Foundation. The Kelser Foundation is how we focus our charitable giving, which will total over $1 million by the end of 2019! 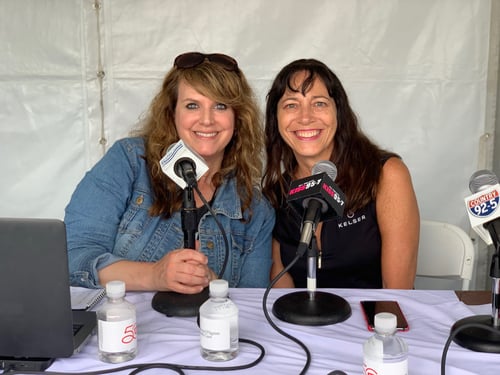 Finally, just as the rain cleared, I had the chance to visit the Rob Dibble Show on ESPN 97.9 to talk about Kelser’s support of the Hospital for Special Care, a nonprofit that is championed by the Travelers Championship as well. I greatly appreciated the caring and interest with which Rob and co-host Ben Darnell approached the topic of Alzheimer’s disease and my experience with it in my family. 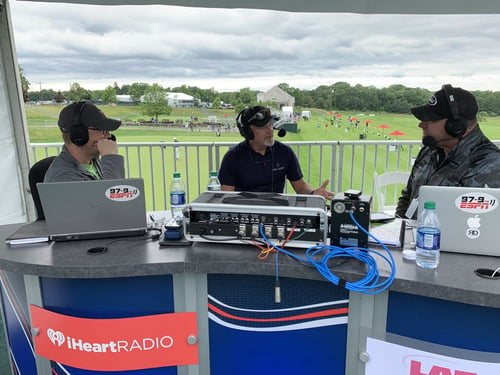 It was also very kind of the Rob Dibble Show to give us the chance to promote our upcoming Kelser Charity Challenge, which will benefit the Hospital for Special Care’s Center for Cognitive Health for the third year in a row. We’ll be adding to the total of $43,000 raised over the last two years on September 17 at Indian Hill Country Club in Newington, and we have space available for sponsors and players!

Barry has built a business on advancing technology. But he’ll be the first to show you – not just tell you – how important his Kelser family is. In his role as CEO, Barry is known for his continuous drive to uncover promising new evolutions in technology and to develop services that will position his clients for success.

This article originally appeared in the New England Real Estate Journal. The arrival of 5G wireless enables much broader internet availability and...

How to Keep a Conference from Being Compromised

The latest issue of Corporate & Incentive Travel Magazine tells the story of how I was at a conference—a cybersecurity conference of all things!—and...

How to Keep IoT Devices Secure